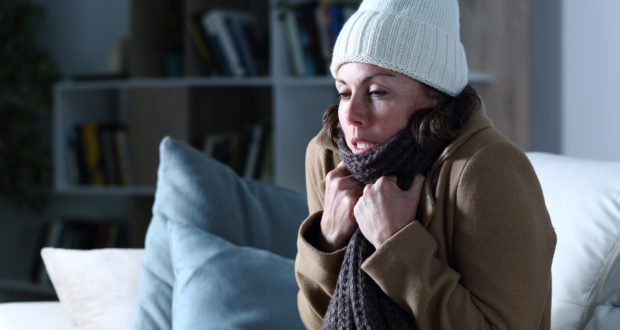 Keeping warm during a winter power outage can be difficult.

The recent polar vortex hit Texas hard. While the entire country suffered with unexpectedly cold temperatures which lasted for days; no other state had as many people without power, without water and dying from the cold weather.

But why should this be so?

First, no other state in the 48 continuous states reaches as far south as Texas does, except Florida. But Florida was left out of the fun and games that the rest of the country was facing. Had the polar vortex and freezing rain reached them, like it did Texas, it’s possible they would have suffered a similar fate. However, the one big difference is that Florida doesn’t have its own power grid.

Texas just isn’t prepared for such cold weather; and the combination of cold weather with freezing rain made it worse. Don’t believe those who say that Texas has a freeze like that every decade; that’s bending the facts considerably. Texas has freezes, but they’re overnight things, not something lasting four days. Nor do they usually come with freezing rain.

Get Dependable Emergency Power Direct From The Sun

So water pipes aren’t buried as deep in Texas, and home HVAC systems don’t have as much heating capacity. It’s not uncommon for homes to get chilly on the two or three nights of freezing weather that actually hits south Texas. Most people just put up with it, not knowing what else to do.

The standard prepper solution is to install a wood-burning stove in the home for use as an alternative heating method. That’s a good solution for those who own their homes. But people who are renting a house or apartment aren’t able to do that one.

Those who aren’t preppers face the problem of trying to keep their home warm, without having prepared for it. Some turn to using their stove, oven, or barbecue grille for this. That’s dangerous, because of the risk of carbon monoxide buildup in the home. Fireplaces and wood-burning stoves don’t create this sort of buildup, even though they produce carbon monoxide, because of the chimney. Whatever carbon monoxide is produced, goes up the chimney and is vented outside the home.

Pocket-sized Power Supply Charges Your Small Devices And Can Even Jump Start Your Vehicle.

So, what can someone do for heat, while maintaining a safe environment in their home?

Before answering that question, we need to define something. That is, what is survival heating? If you’re thinking that you need to have your home at 75°F to survive, then good luck. The so-called “comfort zone” is just that—comfort. But comfort is unnecessary for survival. All that’s needed is enough heat to help keep your core body temperature where it should be; anything else is actually a luxury.

I’ve spent a lot of time in Mexico, where few homes have any sort of heat at all. Those people aren’t accustomed to the cold, yet they make it through every winter. Up near the border which connects to south Texas, they have freezing temperatures every time south Texas does, yet they survive without central heating or a fireplace.

The most basic way of keeping warm is to wrap yourself in several layers of warm clothes. While it may not be all that comfortable to eat dinner at the table with a winter coat and hat on, it’s really not a problem. We’re just so used to the idea of having a warm home, that we expect our home to keep us warm, rather than utilizing our body heat.

During the freeze, I wore heavy knit sweaters every day. That may not seem all that unusual to some people, but I rarely wear them, unless I’m going to be out in the cold. I just get hot too easily and I don’t want to be perspiring all over clothes that are hard to launder. But I was sure glad I had those sweaters available to me that week.

If you’re going to be sitting on the sofa, watching TV, what’s wrong with covering yourself with a blanket? We all do that at night to keep warm, so there really shouldn’t be a problem doing so during the day. Just about the same could be said about wearing a hat… which is the fastest way to warm yourself up. Make use of your body heat, rather than complaining that it’s cold.

One of the safest heaters any of us can use in the home is a propane one. I normally don’t recommend propane heaters for survival situations; but that’s because of the problem coming up with enough fuel. However, that’s a non-issue in a short-term survival situation. Just make sure you’ve got an extra tank or two of propane on hand.

If you buy a propane heater, make sure that it’s rated for indoor use, not outdoor use. There is a difference in how they are made and the outdoor ones are not safe for the home.

In olden times people heated soapstones in the coals of the fire, to have portable heat. That could then be carried in a cloth carrier for providing heat in their wagon or set under the family pew in church. With their laps covered by a blanket, the radiated heat would help keep them warm.

Soapstone was used because… of all types of stone available for this purpose… soapstone and marble have the best thermal conductivity. Therefore, they absorb heat well, holding more than some other types of stone might. Then, when it’s time to use that heat, they radiate it out well. Metals, on the other hand, may absorb heat well, but they radiate transferred heat out too fast to be used as an effective heater.

The idea here would be to use the barbecue grille outside to heat up the stone, then bring it indoors to take advantage of that heat. At the same time, the stone could be replaced with another, so the cycle could continue.

But what if you don’t have a soapstone? Then use some other rock. While soapstone and marble are the best possible choices, other types of stone will work too; they just won’t work as well. That’s okay; whatever heat they produce is more than you have without the stone.

Finally, people have been using terra cotta flowerpots as a makeshift heater. The pot is placed upside-down over a can of the fuel that is used for chafing dishes. That’s safe to use indoors, because they don’t produce that much carbon monoxide.

The flowerpot is an essential part of this, because it keeps the heat from just rising to the ceiling. Rather, the heat warms the pot which then radiates the heat outwards, where it will do some good. The trick here is that the pot needs to be propped up in a way so that air can come in under the rim and then exist out the hole in the bottom (or top, since it’s upside down), of the pot.

If you have any other useful heating tips, please share them in the comments below.